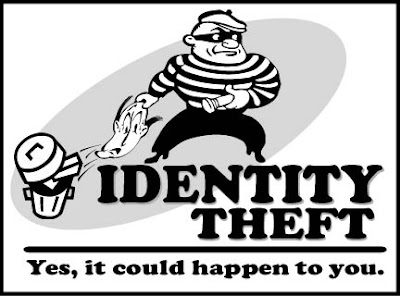 A couple of summers ago my wife and I were holidaying in France. We hadn't heard from home for a few days so we decided to text our son and check if all was well. The reply indicated all was fine but he had a question, 'Did you order another GPS because one has arrived?'

I realised something was wrong so called Ben to find out what was going on. I then discovered to my horror that someone had stolen my details and was ordering items to be delivered whilst they thought we were on holiday. In total nearly a £1000 worth of things had been ordered.

I had to call my bank from France on my mobile phone and after a lengthy process managed to convince them that I was not the one ordering the items. I discovered that the thieves had probably got my details from someone working at an online company I had used who was passing them on. The scam was to order the goods when they thought I was on holiday and then pick them up from the parcel depot where they would have gone to if I didn't sign for them.

I was angry not just because of the cost and inconvenience but because someone was trying to pretend to be me. It was my identity they were stealing.

None of us like to be mis-represented. I used to become very agitated at work if anything I had said or done were mis-represented to others. I was reprimanded once for calling someone a liar in a Senior Management meeting. They were lying but it wasn't the done thing to say that.

As a Christian I am God's representative. I represent Him to my family, friends and even the strangers I meet. Being Jesus to others is what I am called to do. He lives in me by His Spirit and I am His witness to those around me. It should be that if people want to know what Jesus is like then something of what I am in Him should be seen. The Apostle Paul said to one church that they were God's letter to be read by all men.

I have learned not to feel condemned but just to accept that. I am so many things in Christ that I must just accept and walk in. I am the righteousness of God, I am a new creation, I am more than a conqueror. I have not done anything to deserve any of this but I accept that this is what God says I am since Christ is my Lord. Its a Kingdom of God thing. This is the exchange that took place when I repented of sin and made Christ my Lord.

My identity is now in Him. I am hidden in Christ. I no longer live but Christ lives in me and even the life I now live in the flesh I live to the glory of God. Even if I mis-represent God then there is an advocate who speaks on my behalf named Jesus. All I need to do is confess my sin and He is faithful and just to forgive it.

Its not arrogant to say what God says I am. If I deny it then its inaccurate and I can't claim the benefits of sonship that are mine. I have stopped struggling with who I can't be and have received who I am. For those that are led by the Spirit are sons of God. Accept it and see what happens.
Posted by Poverty to Prophet at Tuesday, March 04, 2008